It’s almost a meme at this point. A group of friends sitting around riffing say “this should be a podcast!.” Often those podcasts don’t work because they lack structure and a clear direction.

Dirt Cheap is NOT one of those podcasts. It’s funny, edgy and off the cuff but still manages to keep a basic structure that makes for an easy, entertaining listen. Husband and wife duo, Amanda Meadows and Geoffrey Golden teamed up with production studio Neon Hum to bring us this unique podcast. The premise is actually pretty simple. Geoffrey reads from a dime store novel called “Murder in the Glass Room” a baffling noir novel from the 1940’s, while Amanda reacts in real time (with plenty of commentary and bantering between the two hosts.) The result is a 22 episode story arc that will leave you laughing.

The pair chat with Evo about the importance of structure within a show, how they take they goofiness seriously, and in general, their creative process for making Dirt Cheap.

3 Clips is a Castos Original Series. Castos provides tools for public and private podcasts and believes podcasters should own their turf to provide the best possible audience experience. Visit castos.com

To learn more about Geoffrey, check out his website

This episode was produced and edited by Stuart Barefoot @smallleaguestu

Music is by Tyler Litwin 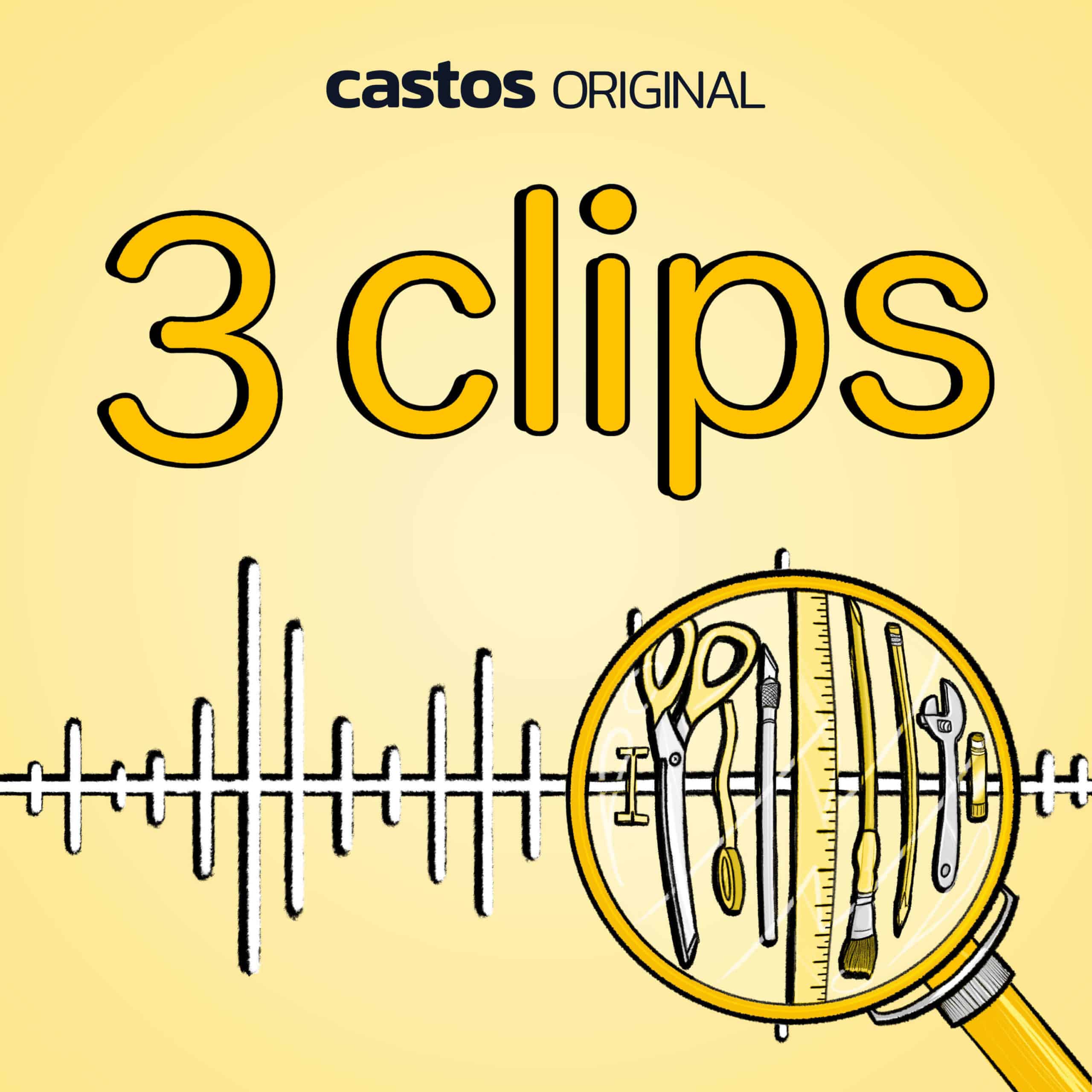 How to Talk to [Mamí & Papí ] About Anything: IP Extensions, Intuition, & Process (ft. Juleyka Lantigua-Williams)

Juleyka has worked behind the scenes in various capacities on many hit shows, including 70 Million, Latina to Latina, Driving the Green Book, Marvel’s Voices, Code Switch, and more Her depth of experience merged in a flash to become one of her newest hits: How to Talk to [Mamí & Papí] About Anything. The show went from idea to launch in just three weeks, but of course it took Juleyka’s years of work in podcasting to make something like that possible. This show is personal, which is why Juleyka cast herself in a role she wouldn’t normally choose: she’s the show host and narrator. How to Talk to [Mamí & Papí] About Anything addresses issues that adult children of immigrant parents may have a hard time talking to their parents about. Juleyka herself is from the Domincan Republic and moved to the US when she was 10, so she makes the perfect stand-in for her audience, because she is the audience. In each episode, a guest shares a testimonial of an issue they face, and this is followed by an interview between Juleyka and an expert in the field, where they discuss the issue at hand. Most importantly, the show is resonating with listeners. In this episode, join 3 Clips host and Marketing Showrunners founder Jay Acunzo as he talks with Juleyka Lantigua Williams about the large and small choices that make How to Talk to [Mamí & Papí] About Anything a success - and how it was the perfect combination of Juleyka following her well-honed instincts and tapping into her high tolerance for risk that made it happen.JOIN THE NEWSLETTER: Subscribe to “Playing Favorites,” Jay Acunzo’s weekly ...

The Nod Blends What We Want with What We Need | Clipped