For connoisseurs of podcasts Avery Trufelman shouldn’t need much of an introduction. She’s worked on popular shows like 99% Invisible and it’s successful spinoff, Articles of Interest. More recently she teamed up with Vox and Curbed to create Nice Try!

In season one of this investigative series, Avery explored failed attempts at creating Utopias. For season two titled Interior she turned her attention to the home. Each episode dissects the history and the stories of household appliances and the role they play in our attempt to turn our homes into our own little fiefdoms.

She joined Evo to discuss the making of Season 2 Episode 1 titled The Doorbell. Sow how does someone make an entire episode about a doorbell? Well, with breadth comes depth.

Listen to full episodes of Nice Try! at podcasts.voxmedia.com

Learn more about Avery’s work at her website averytrufelman.com

This episode was produced by Stuart Barefoot @smallleaguestu

Music was provided by Tyler Litwin 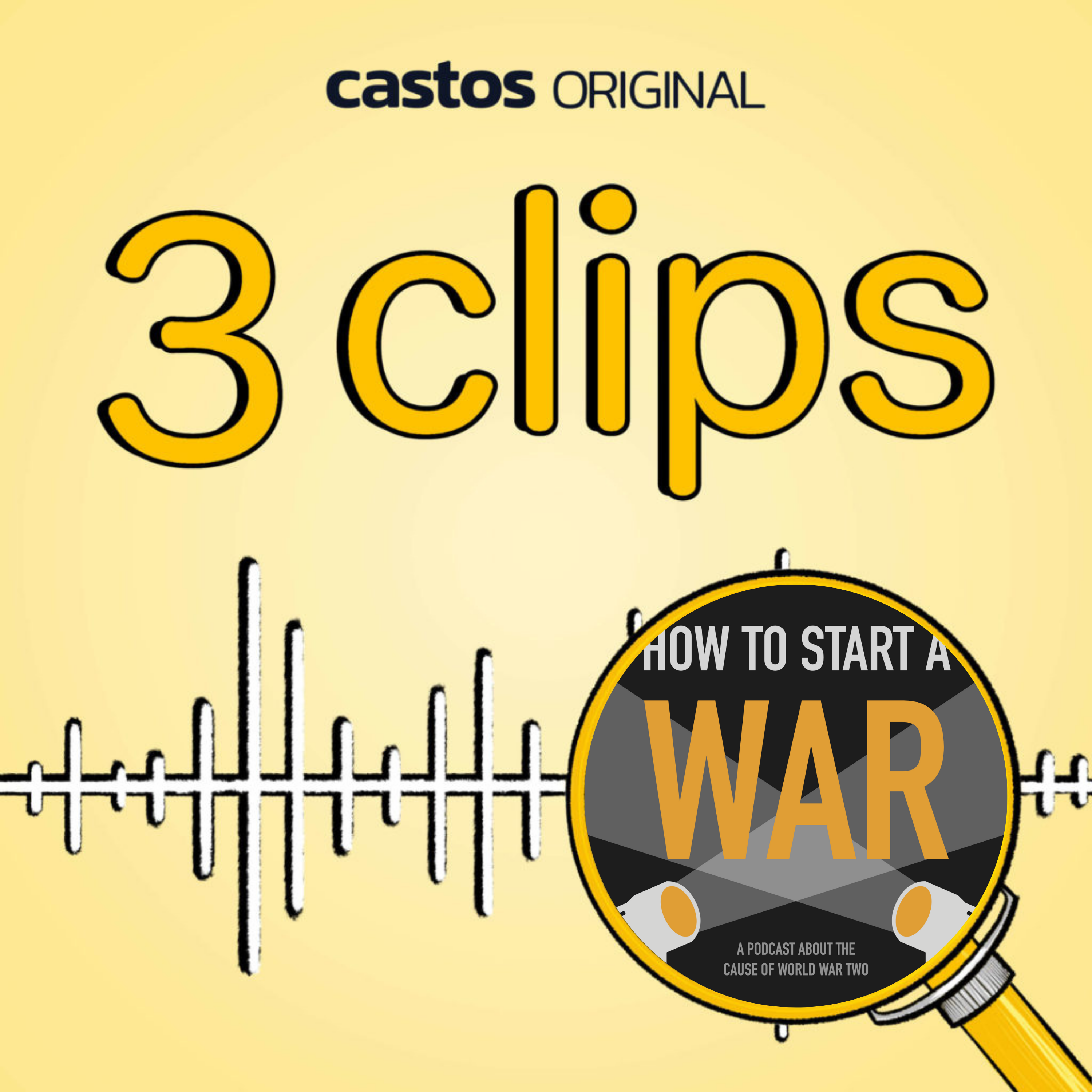 How To Start A War: Leveraging A Medium (Ft. Michael Trapani.) 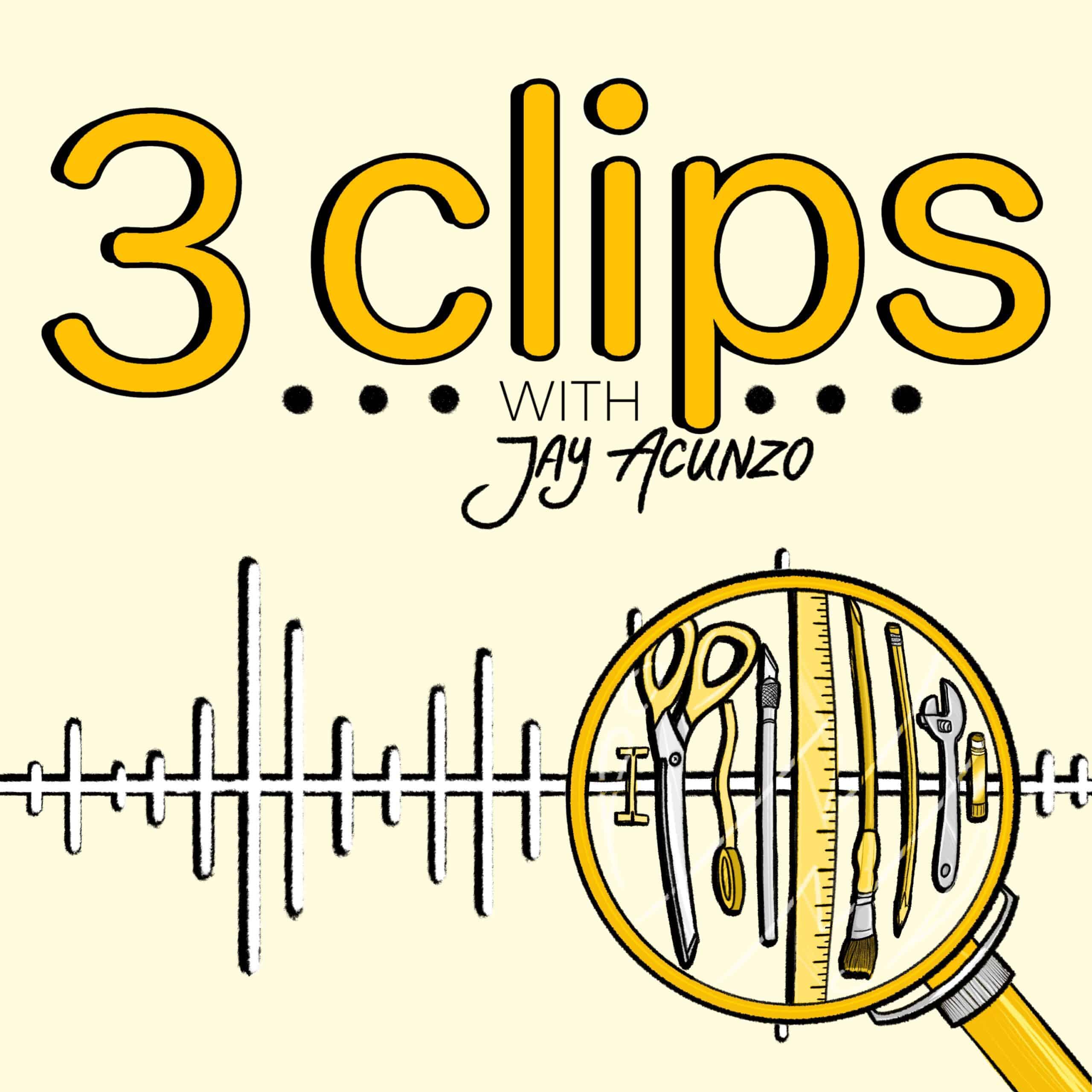 SHOW NOTES: The first time we had veteran producer, host, and production company founder/CEO Juleyka Lantigua-Williams on the show was in November 2020. Back then, Jay spoke with Juleyka about developing her company and the show she hosts, How to Talk to [Mamí & Papí] About Anything – a podcast that helps adult children of immigrant parents broach difficult topics with their families. We invited Juleyka back for this special episode on interviewing because of her depth of experience. We particularly appreciate the vulnerability, sensitivity, nerve, and humor that she brings to conversations with her guests, and shared with us. Listen, learn, and level up.  EXPLORE THE SHOW Visit http://3clipspodcast.com for all episodes of the show.  LEARN MORE ABOUT 3 CLIPS HOST JAY ACUNZO Subscribe to his newsletter, explore his course for podcasters, or watch and listen to all of Jay’s shows and projects at http://jayacunzo.com  LEARN MORE ABOUT CASTOS 3 Clips is a Castos Original Series. Castos provides tools for public and private podcasts and believes podcasters should own their turf to provide the best possible audience experience. Visit http://castos.com  INSIDE THIS EPISODE:  How to Talk to [Mamí & Papí] About Anything can be found here: https://www.talktomamipapi.com/ Follow Juleyka Lantigua-Williams on Twitter here:https://twitter.com/JuleykaLantigua Listen to the original 3 Clips episode with Juleyka here: https://3clipspodcast.com/how-to-talk-to-mami-papi-about-anything-ip-extensions-intuition-process-ft-juleyka-lantigua-williams/ Follow 3 Clips host Jay Acunzo on Twitter here: https://twitter.com/jayacunzo/ From Play It Forward: This week’s recommended podcast is Mementos: https://www.mementospodcast.com/  This episode was produced by Andrea Muraskin: https://andreamuraskin.com Theme music provided by Cardboard Rocketship: https://open.spotify.com/artist/5TzmK85fEdotyi2mu582Sm Thanks for listening! ...

Weird Work by HubSpot: How Great Shows Are Built AND Measured